The valley was echoing with the sound of shotguns Saturday morning (being the opening morning of duckshooting season in NZ). Thought I might join in the fun so took out the old girl Ziggy for a walk along the river.. five minutes in we had a pair of paradise ducks flying overhead .. first shot was a 'warning shot' but the second resulted in a dose of lead poisoning for one unlucky ducky. Down it went like a lead balloon on the opposite riverbank. Ziggy was so excited she momentarily forgot how old she was and leapt off the edge of the bank (a good couple of metres high) toward the river below.. what she hadn't bargained for was the crack obscured by grass in the landing zone that she fell straight into. The poor old girl was well and truly wedged in there and had that classic 'embarrassed' dopey face and wag of the tail going on.. I had to pull her out by the scruff of her neck she was that stuck.
With all the excitement she forgot where the bloody duck was..this still didn't stop her swimming around aimlessly in the river for the next five minutes.. I even tried throwing a stick next to the duck in the hope she'd see it and grab that instead.. nope, the stick was apparently more palatable!

As we stalked along the riverbank I educated a bunch of fortunate ducks with another round of warning shots (pretty amateur with a shotgun) and decided to call it a day. I was resigned to the fact that I would be the one retrieving that damned duck from earlier so we made our way back and I stripped down to my birthday suit and swam across the murky river. There are some huge eels in that river and with the wedding tackle hanging free I was feeling slightly vulnerable.. it was evidently pretty cold too.. glad I only had the mutt to laugh at me! Meanwhile the duck had copped a bit of a flogging from a resident hawk who'd decided it would make a good breakfast - fortunately he'd only succeeded in partially plucking it for us!
All in all it was a bit of a shambles of a duckshoot but we both had a great morning of man-dog bonding time.

Officially on a hunter gatherer roll.. it was time to head for the hills and try my luck for some venison...

It's late arvo and the wind is in my favour... with smell being the primary defence mechanism of deer I've got one box ticked.. only the odd deer roams the area I'm hunting but fortunately there's been rainfall recently and in the muddy patches of the forest I can see there are a few fresh prints made within the last day or two. One set in particular belongs to what looks like a good sized stag which has me on high alert. I stalk my way up the hill, trying my hardest to follow the tracks. The wind is really light and it's so quiet I'm sure any deer in the forest can hear me coming despite my best efforts to stay silent.

After an hour or so of uphill walking I've made my way to the top of the hill and am heading along the main ridge. Out of the corner of my eye in the quickly fading light I see hint of red.. the red of a deer! A quick look through the scope reveals a good looking stag around 50m away gorging his guts out on the long grass between a group of young trees. He's facing directly toward me and the angle I have can't guarantee a quick kill; there's also the risk he's going to move behind one of the trees he's feeding beside and deny me the shot altogether.. a tense waiting game ensues - fortunately the stag lifts his head, I have just enough light to place the crosshairs on his chest and squeeze off a shot. The last few fruitless hunts have led me to this moment and the pressure is on. The shot feels good, but with the recoil of the rifle I lose sight of him through the scope. The echo reverberates around the valley, followed by silence. It's too dark to see anymore. I sit there wondering if I've blown it.. After a five minute breather to settle the nerves I make my way down by headtorch. I think I'm in the area where the stag was. No sign of blood. No sign of deer. My heart sinks. I'm contemplating starting a grid search of the area when I catch a glimpse of deer hide.. I make my way over to one very dead deer - I can see he dropped like a sack of spuds.

It's an interesting wave of emotions.. elation at the success of the hunt with a touch of remorse at gunning down a monarch of the forest. This guy had been tearing strips of bark off the young trees in the vicinity with his antlers so I know the forest owner will be grateful.. And I'm sure a few friends and family will be stoked to get their hands on some wild venison! If you guessed I had a few celebratory lagers you'd probably be right ;-) 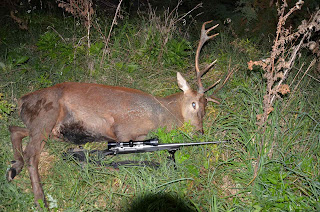 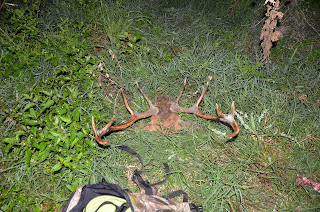 I went and retrieved the beast this morning with the help of Ziggy, currently it's in the chiller ready for the butchery job tomorrow which should tie up a good chunk of my day. 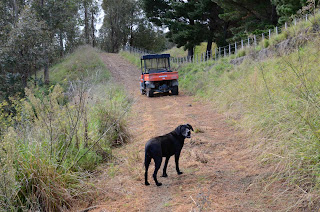 Really enjoying being back in NZ.. hunter gatherer's paradise. Check this spread of food - all from around home or in the hils. Can't complain! 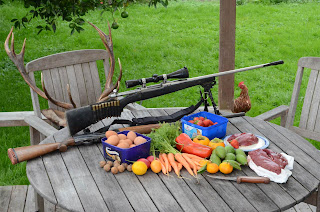 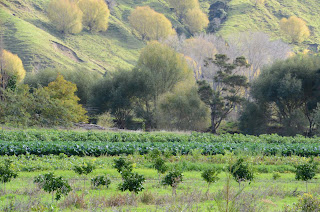 ^The paddocks at home 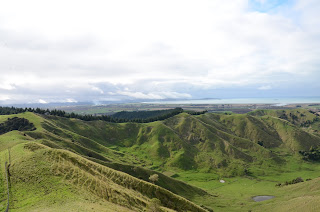 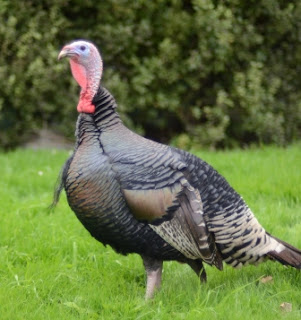 ^Sam the flightless turkey (abandoned by his flock and ever since hangs out with the sheep and chooks at home!) 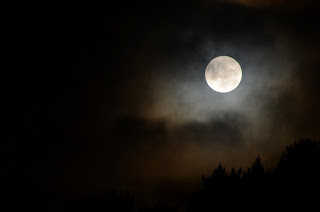 
So the blog so far is more man-vs-wild than man-vs-wave.. hopefully I'll get to throw some surfing in the mix soon!